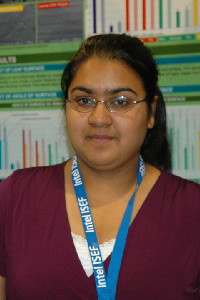 Bacterial superantigens (SAgs) are pyrogenic exotoxins that cause massive T cell activation leading to diseases such as toxic shock syndrome, scarlet fever, HIV, and AIDS. Autoimmune diseases such as diabetes and rheumatoid arthritis are also linked with SAgs. Despite the strong immunostimulatory capacity of these toxins and the high frequency of infections by superantigen-producing bacteria, superantigen-induced diseases, and toxic shock in particular, are rather uncommon. In order to explain this “paradox”, it was hypothesized SAg-expressing bacteria have been selected for strategies that down-regulate the immune response to these toxins. If correct, this would mean that the concomitant presence of SAg and bacteria would prevent toxic shock. It was found that human T cell response to staphylococcal SAg is inhibited by simultaneous presence of bacteria. This down regulation, measured as IL-2 response, resulted from the toll-like receptor (TLR) 2/6 signaling through the NF-kB pathway by the peptidoglycan on the bacterial cell wall, leading to IL-10 production and the induction of apoptosis of antigen presenting cells. A computational model of these observations was then used to generate hypothesis regarded T cell activation. Experiments were conducted under varying conditions, with IL-2 as the readout. Hypothesis generated by the model was then tested in vitro to determine validity of model. Through further experimentation in the field, it is possible to control the harmful effects of superantigens in situations such as hospital infections, biological warfare, and disease.