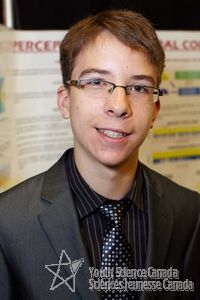 The neural basis of consciousness is a central topic in cognitive neuroscience. One particularly important type of conscious awareness is visual perception.

The purpose of this project was to observe the neural correlates of visual awareness by using a novel psychophysical model and neuroimaging (fMRI).The psychophysical model was developed to capture a phenomenon known as persistence, a form of duration of visual awareness. Upon the start of every trial, observers were presented with a camouflaging background and after a delay with a contour made from line segments. Observers perceived the contour as segregated from the background, but eventually the contour faded into the background. The psychophysical model used multiple controlled variables for the contour: density, radius, jitter (angular deviation from co-linearity).

From the fMRI experiments, three key visual areas in the brain confirmed a neurological difference between co-aligned and misaligned contours. Interestingly, an attention area, parietal lobe, is highly sensitive to the effects of varying jitter, giving evidence towards a possible positive feedback loop where parietal lobe modulates in-coming signal from visual areas and controls their analysis of the contour.

The psychophysical model and neuroimaging may be applied to study brain plasticity in early visual areas, to compute edge continuity statistics in natural images and build an artificial visual system.