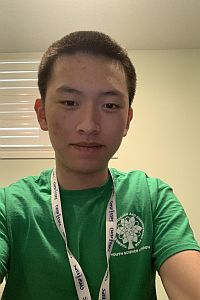 Can you predict what is chaotic? The Three Body Problem is an example of chaotic behaviour in physics. Three bodies can move in complicated paths because of their gravitational influence on each other. In this project, a special case of the three body problem was found. It’s periodic, meaning that after a certain length of time, the bodies always return to their starting positions. This particular case is in 3D, and seems to be the first of its complexity found in recent times. Finding 3D periodic cases can give us a more realistic understanding of the three body problem. Maybe we will even discover a star systems that’s based on a previously discovered periodic case. They look really cool too.